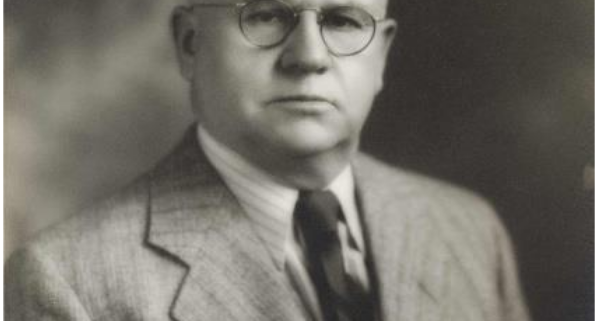 Dr. J. Walter Seawell operated a small private hospital at 211 North Street. It eventually became what is now Healdsburg District Hospital. He served as the city’s public health officer until his death in 1937, at age 58.

Seawell interned at St. Luke’s hospital in San Francisco. He and his hometown friend, Dr. Bill Moore, came home to finish their internship together in Healdsburg. Dr. Moore returned to San Francisco practice, but Dr. Seawell stayed to begin a practice that would span 30 years of unselfish and dedicated service to the people of Healdsburg and outlying communities.

The gold lettered inscription on the Camellia Inn, Dr. J. Walter Seawell, in the transom window over the entry door, announced to the community that he was at their service. For more than 30 years, he maintained his private hospital and sanitarium in the east wing of his house at 211 North Street.

He did a great deal of charity work. His regular charge for a visit was only $2.00. He brought many children into the world, charging only $25.00, and later $35.00, for the service. He delivered babies at home. Sometimes this meant his driving to the homes and ranches of his patients three times a day.

Young Dr. Seawell married Jessie Hale Smith of Alameda on August 24, 1903. The Seawells were known as kind and gracious people as well as prominent members of Healdsburg society. Because they opened their home so often to guests, the Seawells added a dining room to their home in 1903.

The Seawells had two daughters, Marjorie Seawell Barow and Dorothy Seawell Bowles. The girls attended high school one year, and then were sent overseas to Switzerland where they finished school.

Dr. Seawell did much to see to it that the City of Healdsburg and environs kept abreast of the latest developments in medicine and public health. Wishing to give his patients the best possible care, Dr. Seawell gave notice that he would be leaving May 18, 1913, for the east where he would be entering the Johns Hopkins or Howard University to take a post graduate course.

In about 1920, when Healdsburg and the North Bay area in general were visited by a devastating typhoid epidemic, Dr. Seawell moved his sanitarium to the T. S. Merchant building at the corner of Lincoln and Johnson Streets, combining it with another facility run by Dr. E.E. Sohler.  Seawell and Sohler were helped by Nercilla Ames Harlan Jones, a former Army nurse, and her husband Charles Jones, a former Army medic. Seawell agitated for the installation of a chlorinating plant in the municipal water system. There have been no typhoid deaths in Healdsburg since that time.

He was a charter member of the Kiwanis Club and president of the Healdsburg Country Club. He also served some time as a physician for the Lytton Salvation Army Home. The home used to be an orphanage for boys and girls. J. Walter Seawell was also a physician for the Northwestern Pacific Railroad.

Aside from his many contributions to the community, Dr. Seawell was known as a fine man with a great laugh, a man that was always ready to accommodate the needy.

Dr. Seawell died of a sudden heart attack on Christmas day, 1937. Dr. and Mrs. Seawell were returning that evening from a call on Mrs. Morton, mother of Mrs. Jess Murry, who was gravely ill at the Joseph T. Grace ranch on Westside Road. Upon leaving the Grace Ranch, the Seawell car became mired in the mud. Unable to extricate the car himself, the doctor asked Murry for a towline.

As Murry approached, the doctor, apparently suffering a seizure, asked to be taken to Healdsburg. Once being lifted into the car however, J. Walter Seawell suffered a worse seizure and asked to be taken to the Grace home. Even as his medicine bag was brought and Dr. Seawell attempted to take medicine from it, the doctor succumbed at the age of 58.

Following his death, all Healdsburg businesses closed the hour before noon and the flag at City Hall stood at half-mast all day. So many citizens attended the funeral that the services were amplified to the mourners outside. Eighteen nurses who had worked with Dr. Seawell during his 30 years of service sat together in starched white uniforms to express their unified grief.